F1. Carprog Full ECU Chip Tunning Tool works with both solution, obd and welding to read the EEPROM. Some airbag crash can be repaired by obd but in general we have to and pass by the box desoldering of EEPROM. The Carprog Full advantage has a database of clear crash for some model, an original radio code generator; this is a good program to start.

CARPROG full v7.28 with everything and explained in the software, and it comes with several connectivity number. As selecting a function that we want to use it tells us what connectors used. It is even illustrated with photos very nice.

F2. For me, it’s not bad to begin with, the basic equipment (hot air station, flux pen, soldering iron with a fine tip) ismandatory to exploit

F3. Beginners opt for CARPROG. It offers a lot of opportunity, it does not cover all but a good party. Simple handling,intuitive app. it is polivalent dash, immo, radio ..

F4. Good flash. I used to virginiser of BSI, I also managed to modify a 2002 vehicle en dash (just to test, I delivered as it was before)

I also managed to lire OF 5p08 (95p08) and write off properties not bad for beginners, less effective than XPROGM or UPA but easier to use.

F5. I’ve used a recommend Chinese version Carprog Full, it is very well and have a very proper customer relationship.  And the clone functionality level, we can estimate how many percent compared to the original (if quantifiable)? Gadget or good tool to start?

It is 40% of the original on the radio codes ok but the dashboard there is not any lack of image the rest is a very fragile CARPROG use it after several silliness more communication with the interface, it must be used with a PC without internet with a stable and xp ca va …

F6. Super good tools began frankly I’m very happy easy to use but it’s still the lolll brol as a tool that makes

(A ecu chiptunning tool that helps you one day is priceless …) 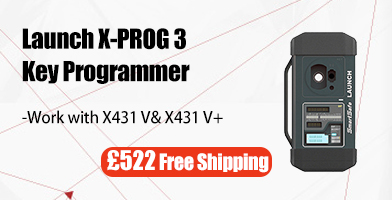